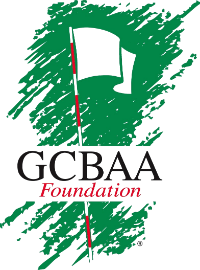 
Lincoln, NE (March 1, 2018) -In honor of more than two decades of commitment to the Golf Course Builders Association of America and its membership, Dennis Wagner will in summer 2018 receive the prestigious Perry Dye Service Award. Wagner is credited by association members with developing and improving many long-term association programs – as well as serving in leadership roles on the board of directors and foundation board. In his professional life, he is the U.S. Golf Sales Manager for Hunter Industries, a charter member of the GCBAA.

"Dennis takes being a volunteer to the next level,” said Justin Apel, GCBAA executive director. “There’s never been a task that he was unwilling to tackle. Furthermore, he is an amazing motivator, always able to recruit others into involvement and support of the cause."

Among his many accomplishments, Wagner adjusted the GCBAA’s annual raffle ticket price from $20 to $100, which substantially increased charitable donations to the GCBAA Foundation. In fact, over multiple years, Wagner sold the most raffle tickets to colleagues and friends. He also introduced the Challenge Coin gift in Orlando at the GCBAA’s 40th Anniversary gathering in 2011, worked with Sandhill Crane Golf Club’s Sticks for Kids Little League program, conducted countless site visits and tours, and even serves as auctioneer for the Foundation’s annual fundraiser.

Rick Boylan, GCBAA past president, added "It has been an honor and a privilege to either have personally worked with or know the five other recipients of our GCBAA Dye Award. Our choice of Dennis Wagner for this award further validates recognition given to exceptional people doing exceptional things for our association."

The Perry Dye Service Award is given periodically by the Golf Course Builders Association of America to recognize an exceptional member of the GCBAA. Recipients have shown themselves to be loyal members of the association, who unselfishly contribute their time and influence to foster positive changes and strive for continuous improvement of the association. The award is named after Perry Dye, who during the early development years of the GCBAA exemplified these characteristics when he provided financial assistance to stabilize the GCBAA during its inception and early years.

This is the sixth time the Perry Dye Service Award has been granted. Previous recipients include Perry Dye in 2005, Jim Kirchdorfer, Sr. (2006), Rick Elyea (2010), Steve Christman (2013), and Tommy Sasser (2015). Wagner will be honored with the award at the upcoming annual GCBAA Summer Meeting to be held the week of August 13, 2018 in Nashville, TN.

The Golf Course Builders Association of America is a non-profit trade association of the world's foremost golf course builders and leading suppliers to the golf course construction industry. It was founded in the early 1970s, and its members represent all segments of the golf course industry. The GCBAA Foundation is the charitable arm of the GCBAA and a separate, 501(c)(3) organization. The GCBAA's national executive office is located in Lincoln, Neb. For more information, visit www.gcbaa.org or call (402) 476-4444

Since its establishment in 1997, the GCBAA Foundation has taken special interest in supporting underprivileged children by launching Sticks for Kids, a junior golf outreach program for youth aged 5-18. The program currently has 170 sites impacting the lives of over 20,000 children in 41 states and two international locations. Children are taught not only the fundamentals of the game, but also life lessons such as etiquette, integrity, sportsmanship, safety and respect for themselves and others.

"The partnership between Sticks for Kids and LPGA*USGA Girls Golf will offer proper equipment and instruction from certified teachers (PGA or LPGA) that provides a consistent, safe and welcoming environment," said GCBAA Foundation President Tom Shapland.

"Our partnership with GCBAA will allow us to continue to provide the necessary tools and support to empower even more girls through the game of golf. EVERY girl should have this opportunity to participate in this engaging program," said LPGA Foundation Director Kiernan Schindler.

LPGA*USGA Girls Golf, which began in Phoenix in 1989, specializes in providing a "girl-friendly" environment for juniors to learn and play the game of golf and the program has expanded to 420 sites across the United States, with more than 80 being added last year. Girls under the age of 18 represent the fastest growing sector in the U.S. golf population since 2010 and more than 70,000 girls were engaged in 2017 by the LPGA-USGA Girls Golf initiative.

The GCBAA Foundation will continue to support its existing Sticks for Kids programs by offering maintenance grants to active programs. Maintenance grants allow established and active Sticks for Kids programs the opportunity to apply for replacement or additional equipment. Programs that have achieved high participation and usage rates will be given priority consideration, though all active programs will be eligible to apply in 2018.

For more information, or to find a local course participating in Sticks for Kids, visit https://www.gcbaa.org/Foundation/Sticks-for-Kids or https://www.girlsgolf.org/home.

The Golf Course Builders Association of America is a non-profit trade association of the world's foremost golf course builders and leading suppliers to the golf course construction industry. It was founded in the early 1970s, and its members represent all segments of the golf course industry. The GCBAA Foundation is the charitable arm of the GCBAA and a separate, 501(c)(3) organization. The GCBAA's national executive office is located in Lincoln, Neb. For more information, visit www.gcbaa.org or call (402) 476-4444

Since its founding in 1989, LPGA*USGA Girls Golf is the only national junior golf program that specializes in providing girl-friendly environments for juniors to learn the game of golf. Each site help prepare girls ages 6-17 for a lifetime of enjoyment of the game while also inspiring them to feel confident, build positive self-esteem and live active and healthy lives through the "Five E's": Empower, Enrich, Engage, Exercise and Energize. The LPGA's Headquarters is located in Daytona Beach, FL. For more information, visit www.girlsgolf.org or call 386-274-6200

Congratulations To Mike Roberts From Landirr, Inc. On Winning A New 2018 Heritage Softail!


While the following individuals ticket wasn't drawn to ride home on a brand new Harley, we are happy to notify they held one of the (50) 2nd place tickets drawn:

Thank you for supporting the annual Chuck cloud Memorial Raffle, benefitting the GCBAA Foundation's Sticks for Kids and scholarship program. Your support has done so much to help the GCBAA Foundation continue its efforts. We appreciate your generosity and hope you'll paricipate in our Harley raffle again next year.


We are pleased to announce the results of the recent GCBAA Board of Directors election.

The new board will convene its first meeting February 6, 2018 in San Antonio during the GCBAA Winter Meeting, held in conjunction with the Golf Industry Show. Association officers will be elected during this time to begin a two-year term.

We appreciate everyone who took time to vote in this year's election.